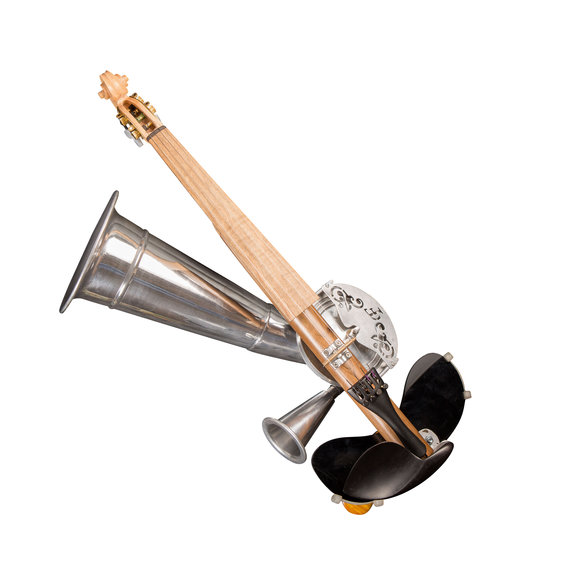 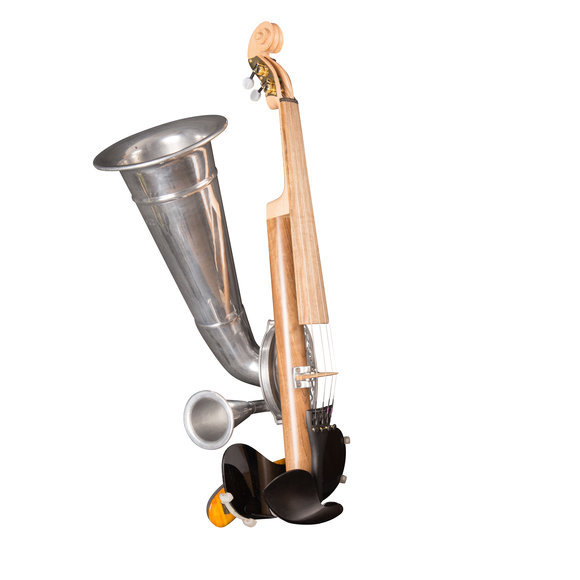 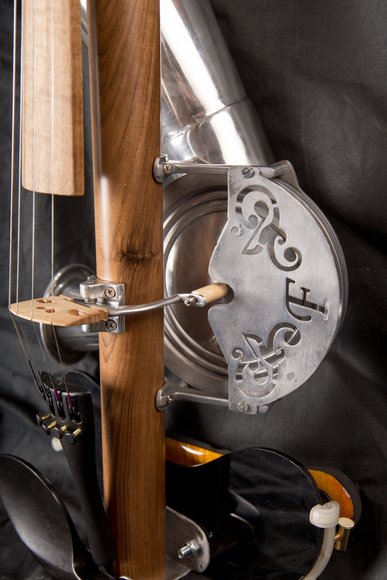 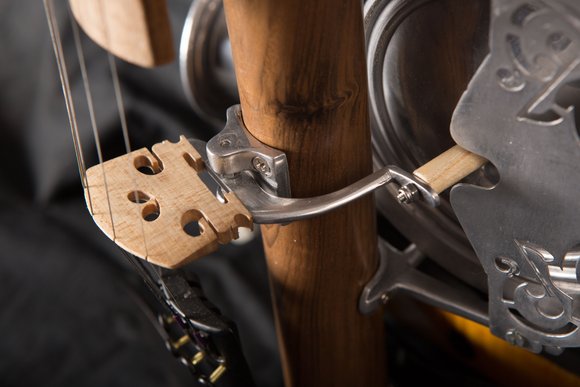 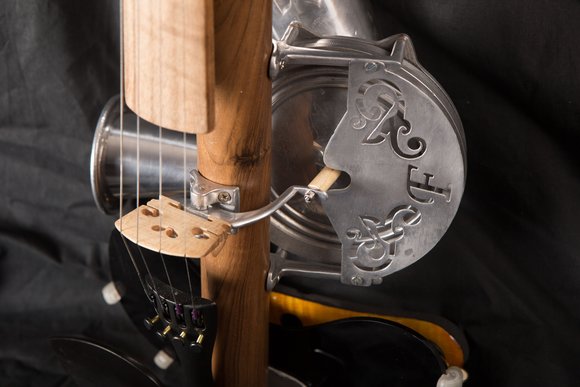 Price
€ 849,00*
$ 1.035,37
1 item
* including VAT plus shipping
Stock
not on stock at the moment
Availability on request
This Article is currently not on stock. Please enter your mail and we will notify you when the product is back on stock.
Description
Additional Informations
Reviews
Query on the Item?

This instrument can be found under many names. Sometimes it is called Strohgeige, Phonofiddle, Resonatorgeige or Stroviolin and funnel violin. Actually, it's the name of the inventor - John Matthias Augustus Stroh. In 1899 he applied for a patent on the construction of this violin. At that time it was necessary to produce louder violins so that the instruments could be recorded on the then typically used wax plates. Stroh's solution was to transfer the gramophone principle to the violin. The bridge transmits the sound to a resonator, which is provided with a horn.

Our model is a "Tiebel violin", a variant, which was developed around 1925 by the engineer Willy Tiebel and the violin maker August Glaesel and has a second, small funnel. The larger of the two is aimed forward, towards the audience. The other is the first form of monitoring: it points in the direction of the ear, so that one hears oneself better.

Since this instrument is quite heavy even with aluminum components compared to the wooden violin, we lowered the horn for better comfort and thus shifted the center of gravity. In addition, we have provided the violin with a plate for standard shoulder rests. So it is much easier to hold the playing position for longer periods.

In the head we've used specially adapted violin vortex mechanics from Rubner, like one sees on a double bass. Together with the Wittner fine tuners in the tailpiece, the Nuremberg steel strings can be comfortably and precisely tuned. Furthermore, we have changed the neck angle, so that the strings run with more pressure on the bridge, which provides more sound volume. The shoulder rest is not included in the equipment supplied.

The fittings are mounted on a shaft made of mulberry wood. Last but not least, we have of course provided a bridge and fingerboard for optimal playing comfort.

The instrument has a loud, slightly metallic sound - but listen for yourself: