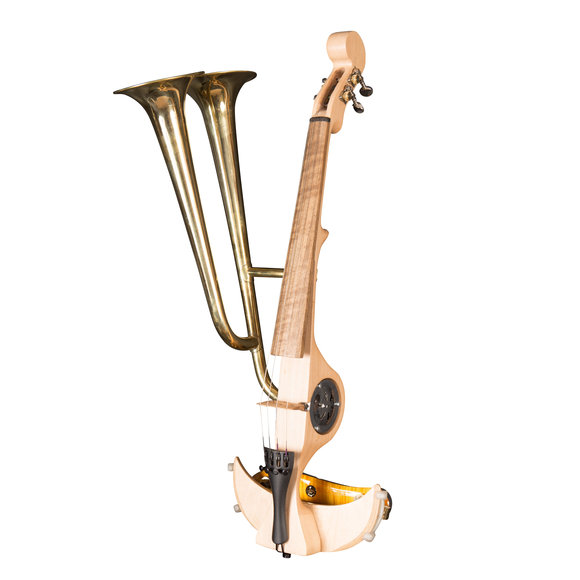 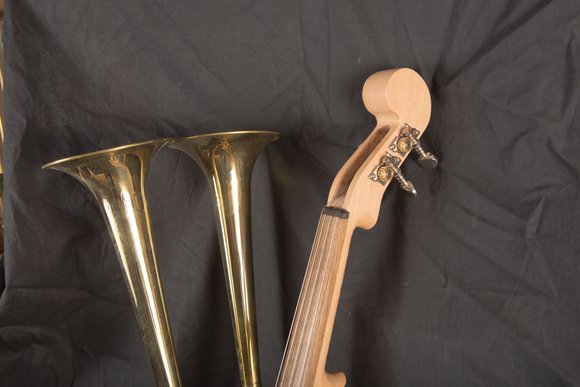 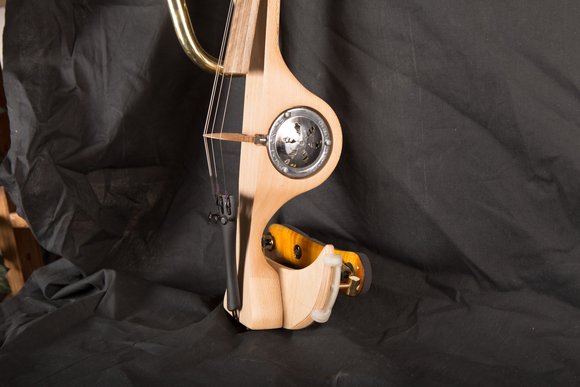 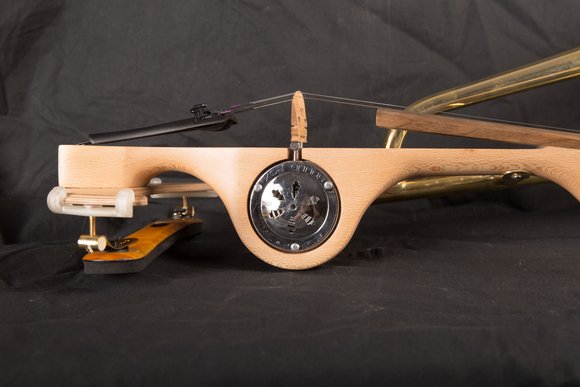 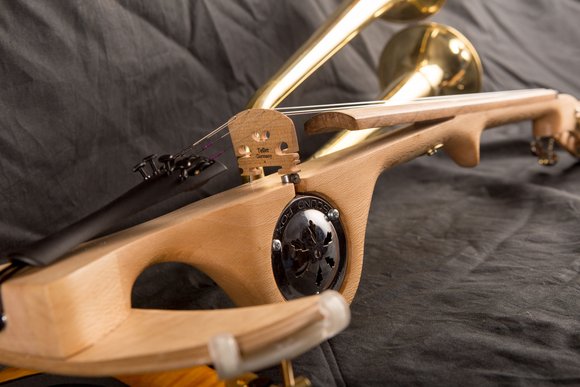 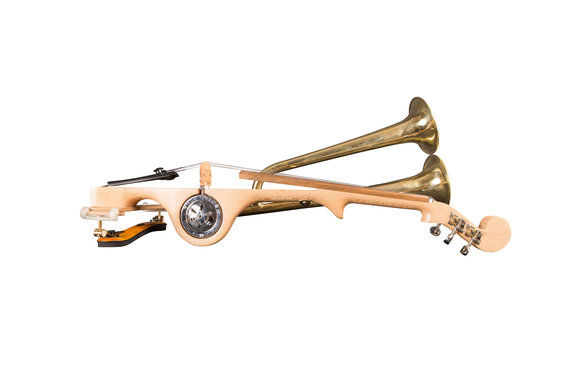 Price
€ 790,00*
$ 963,41
* including VAT plus shipping
Stock
on stock
Delivery Time: 2 Weeks
This Article is currently not on stock. Please enter your mail and we will notify you when the product is back on stock.
Description
Additional Informations
Reviews
Query on the Item?

In 1899, Johannes Matthias Augustus Stroh filed a patent for the Stroh violin, which he developed and named after himself. Instead of a wooden sound body, a diaphragm and a funnel serve to increase the sound volume and, above all, to point it in a particular direction. This was a true blessing for the early sound recordings made by means of wax rollers, because the traditional violins were hopelessly inferior to the brass players with their horns.

The Romanian version of the Stroh violin is still used in the folk music of the Bihor region. The instruments are somewhat different from the original instrument by J. M. Stroh. The sound box of a gramophone is used as the resonator, which amplifies the sound from the shellac plate and sends it to the directional funnel. Since the resonator of the sound canal is much smaller than in the case of the Stroh violins, these instruments have a heavier, even more biting sound. In Bihor the instruments are usually constructed from old, no longer used trumpets. Correspondingly, the sound funnel is narrower than in the original Stroh violin. This makes the instrument slimmer and lighter than its Stroh violin predecessors. There are Stroh violins in Romania with simple and double funnels. Ours of course is a pimped up version with a double trumpet. Broad strokes - not just fiddling about at the edges!

The instrument we build differs in some details from the Romanian originals; we have different models and have improved it with regard to these decisive points:

- We use newly manufactured resonators, which come from Switzerland. These are more durable because they have not been used. In addition, replacement is possible should something become damaged.

- Instead of the usual tuning pegs made of softwood, which are relatively quickly fixed in the head of the violin and can no longer be moved, we use machined tuners made in Holland. These are particularly suitable for tuning, since these types of violins are always played with steel strings in order to generate the necessary pressure on the resonator.

- We have chosen a steeper angle where the neck meets the shoulder, thus the bridge is higher than with the Romanian originals. A higher bridge will put more pressure on the resonator, thereby increasing the sound volume.

- Under the body, we have attached a device for holding a shoulder rest. With the original, there is a firmly installed wooden shoulder rest, which is far from comfortable. Shoulder rest not included.