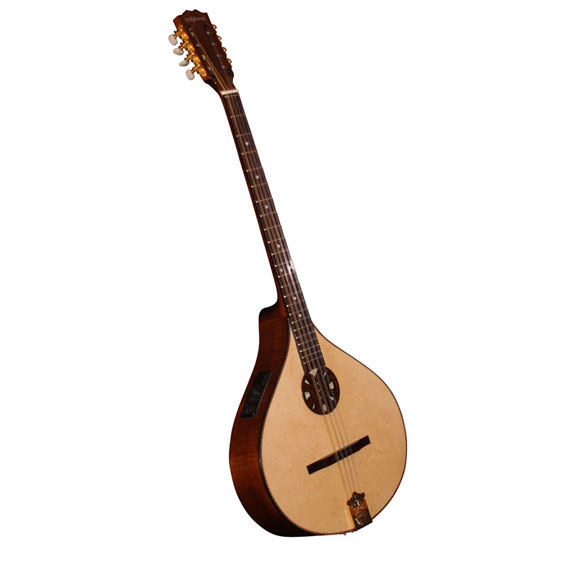 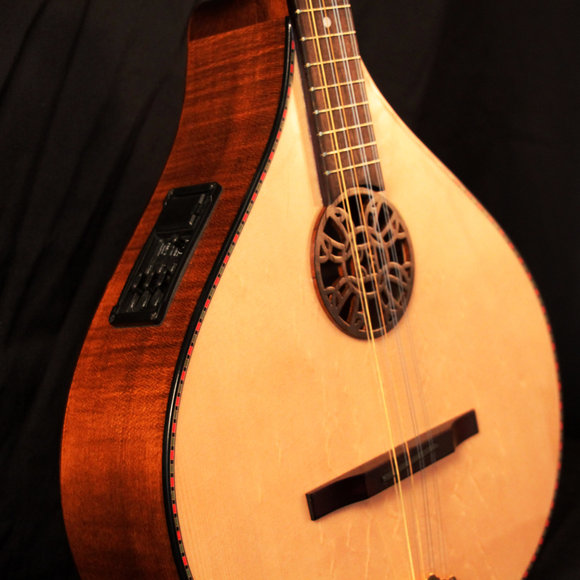 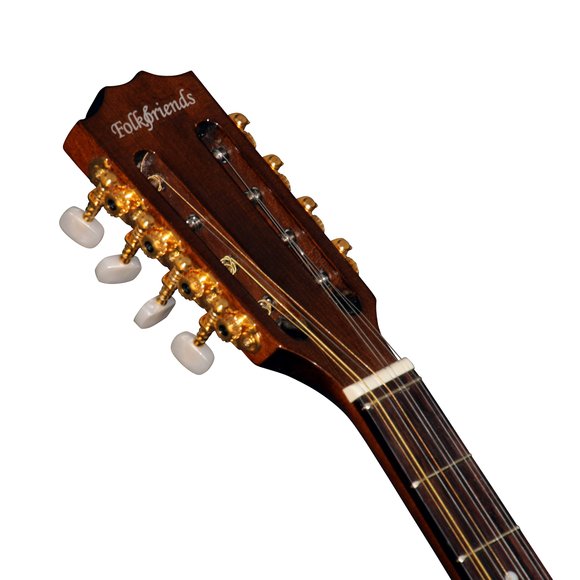 Price
€ 549,00*
$ 669,51
* including VAT plus shipping
Stock
on stock
Delivery Time: 2 Weeks
This Article is currently not on stock. Please enter your mail and we will notify you when the product is back on stock.
Description
Additional Informations
accessories
Reviews
Query on the Item?

This Irish bouzouki is our tribute to the Medieval and Pagan scene. The instrument is made entirely of solid wood and has a slightly deeper body than our other models. As a result, the sound has more bass. Thus the Pagan bouzouki is useful both for solo playing, as well as chord accompaniment.

The special thing about this variant: the frettless fingerboard! Regardless of open or classical tuning, your possibilities of expression are expanded masssively... thus, the bouzouki turns into a three-in-one-package including saz and bottleneck-guitar.

For better orientation, staves are laid into the fingerboard marking the fretting positions. The sound hole is decorated with a wooden rosette. The tuners are gold plated and the elaborate wood binding around the body playfully compliments the Celtic background coloring of this Irish Bouzouki. We developed the strings used together with the Pyramid company here in Germany specifically for the scale of this instrument in order to achieve optimal results for both sound and playability.The top is solid spruce top, solid maple back and sides. The instrument is equipped with an active pickup.

The fotograph is showing the fretted version of this instrument. With the fretless variant the frets are replaced by inlays, but in all other respects the two models are identical.

Strings for Irish Bouzouki/Cittern Pyramid - octave, loop end
€ 14,90*
$ 18,17
1 item
Click here to fill in a rating for this item (after login)
Posting reviews is restricted to logged in users only.
Please log in at the menu item "My Account" in the page header or create a new accout there.
Do you have any questions on this item?